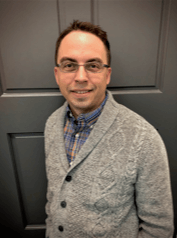 Ryan Herold is a Doctor of Chiropractic working with people who have been injured, are in pain, and/or have functional issues in their daily lives, while at work, or while at the gym. He uses chiropractic along with other modalities, weighing heavily on rehabilitation to not only help people resolve their pain, but more importantly, work through the dysfunctional issues that may have been adapted.

Dr. Herold believes in the healing ability of each individual. He also believes in educating his patients to better care for themselves. He uses many different techniques and modalities to work through his patient’s issues and teaches them home care through exercise, nutrition, and overall changes in their daily activities.

Dr. Herold was enlisted in the Air Force from 2006-2010. He was stationed in Germany working in satellite communications. While there, he was moved to quality assurance to oversee the units program at the time. He built multiple QA programs for the various job titles, while ensuring the programs were followed. During his enlistment, Dr. Herold was awarded Airman of Quarter in 2009. He was then awarded the Diamond Sharp Award in 2010.

Dr. Herold is trained in multiple techniques including Gonstead, Diversified, Logan Basic, Cox Flexion/Distraction, and SOT. Dr. Herold also holds a certification in Dry Needling, which he has been using since May of 2018 to further help his patients.

Dr. Herold holds a Bachelor of Science in Human Biology, a Master’s of Science in Sports Science and Rehabilitation, and a Doctorate of Chiropractic. All of these degrees were completed at Logan University. 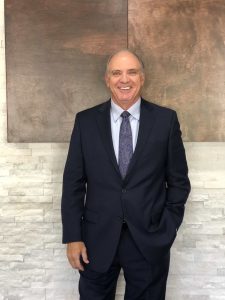 Dr. Samuel Mayfield is a twenty-year veteran of the United States Air Force. After retiring from the Air Force, Dr. Mayfield chose chiropractic as his second career, after having experienced its benefits first hand for injuries suffered while participating in a Special Operations airborne training exercise. Dr. Mayfield is a graduate of Logan College of Chiropractic in Chesterfield, Missouri, one of the finest chiropractic colleges in the country. Dr. Mayfield’s professional interests include treating injuries suffered in car accidents, extremity injuries, nutrition, and a variety of spinal conditions.

Dr. Conrad Taylor attended Pennsylvania State University, where he was a 4-year letter winner in soccer. In his career, he played every minute for the Nittany Lions and helped them to win the Big Ten Conference Title in 2005. He was also awarded All-Conference First Team Honors in 2005 and 2006. Dr. Taylor was the recipient of the Ernest B. McCoy Award for Academic & Athletic Achievement in 2008; the award is given to one male and one female student athlete at Penn State every year. He also won the 2008 Big Ten Medal of Honor, described as one of the most prestigious conference awards in college athletics, and is given to one male and one female student-athlete from the graduating class of each Big Ten institution each year. Dr. Taylor was a 2-time ESPN The Magazine Academic All-America selection.

We will do our best to accommodate your busy schedule.
Request an appointment today!